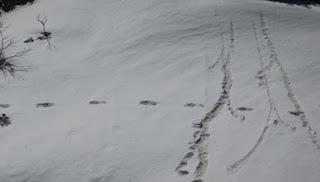 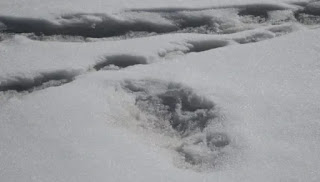 No, it was not a joke. With all seriousness at its command, the Indian Army declared late on Monday that its mountaineers had discovered “mysterious footprints of mythical beast Yeti” in the snow-bound Himalayas, leaving all and sundry flummoxed across the globe.

The definitive declaration in a tweet, with three pictures of the footprints, from the Army’s official handle, which has almost six million followers, set social media platforms aflutter overnight. It rapidly turned into widespread incredulity and outright mockery of the so-called evidence about the elusive and legendary “abominable snowman”, described as a shaggy ape-like creature that has figured in Himalayan folklore for centuries without ever being physically found.

A series of scientific studies have also held that the evidence collected in the shape of DNA samples from bones, hair strands and faeces purportedly belonging to the enigmatic Yeti were, in fact, mostly from black and brown bears inhabiting the Tibetan plateau region.

But rejecting all the derision, the Army on Tuesday said the “sufficient photographic and video evidence” of the footprints, each measuring 32x15 inches, close to the base camp of the 8,485-metre high Mount Makalu near the Nepal-Tibet border, would be handed over to “subject matter experts” for proper scientific evaluation once the expedition team returns by May-end or early-June.

“The team of four officers, two JCOs and 11 soldiers, led by mountaineer Major Manoj Joshi, who has also climbed Mt Everest, spotted the mysterious footprints while acclimatising at Langmale Kharka on April 9,” said a senior officer.

“We did not say the team had found the Yeti. But that the huge footprints, found in such large numbers by an Indian Army expedition for the first time in the remote high-altitude area, matched earlier theories on the elusive creature. The aim is to share the evidence so that it is addressed scientifically,” he added.

The Army’s definitive tweet, which also said the “elusive snowman has only been sighted at the Makalu-Barun National Park in the past”, had already appeared to settle the Yeti debate on Monday night. It led many to jocularly speculate whether the Indian Navy would now hunt for the equally elusive and mythical Loch Ness monster, with the IAF too chipping in by chasing UFOs in its fighter jets.

This is, of course, not the first time that footprints purportedly belonging to the Yeti have been found. In 1951, British explorer Eric Shipton took the first picture of a huge footprint that considerably added to the Yeti lore. It led to American oil businessman Tom Slick mounting several major expeditions to search for the elusive “snowman”. One of these expeditions even included bloodhounds to track the scent.

Though for decades there have been purported sightings of the Yeti and its North-American equivalent, “Bigfoot” or “Sasquatch”, or at least their monstrous footprints, there has been little scientific evidence to back the claims. But evidence or not, the legendary hairy beast will continue to capture the imagination of many in the years ahead as well.

In 1951, British explorer Eric Shipton took the first picture of a huge footprint that considerably added to the Yeti lore. 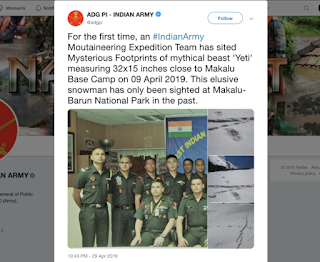