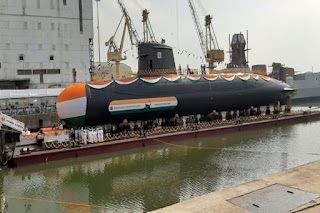 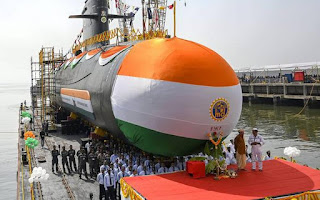 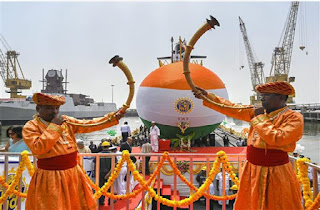 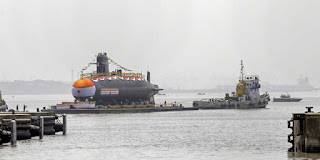 The Scorpene-class submarine Vela, the fourth of six underwater warships being built in India with French collaboration, was launched in Mumbai with an aim to boost Indian capability to defend and secure the strategic sea lanes.

The Vela submarine will undergo a number of tests conducted by the Navy before it is commissioned in the defence fleet.

Before Vela, MDL launched Kalvari, Khanderi, Karanj submarines. While Kalvari has been commissioned, the others are at various levels of trials and tests.

INS Vela was first commissioned on August 31, 1973 in the Indian Naval Service and continued to serve for 37 years. It was the country’s oldest submarine when it was decommissioned on June 25, 2010, MDL said in a statement. “Today, we are bringing the new Vela with modern machinery and technology to guard the seas,” the MDL official said.

Eight warships and five submarines are under construction at MDL, the company said, adding the submarines’ capacity includes anti-surface and anti-submarine warfare.

Addressing a gathering at the Mazagon dock, Defence Production Secretary Kumar said, “MDL was the first shipyard in the country to build submarines way back in 1992, when the dock built INS Shalki.”

The first submarine in the Scorpene-class, INS Kalvari, has been commissioned and the second is on the cusp of delivery, he said.

The third submarine has successfully completed its deep diving trials and with the launch of the fourth on Monday, the MDL has retained the world-class skills required for submarine construction, he said. Under the Mission Raksha Gyan Shakti initiative launched a year ago, MDL was asked to file 50 intellectual patents and it exceeded largely by 130%, he added.

MDL chairman and managing director Rakesh Anand said, “With the launch of P5 B Destroyer ‘Imphal’ on April 20 and Vela today, we have contributed towards the country’s safety.”